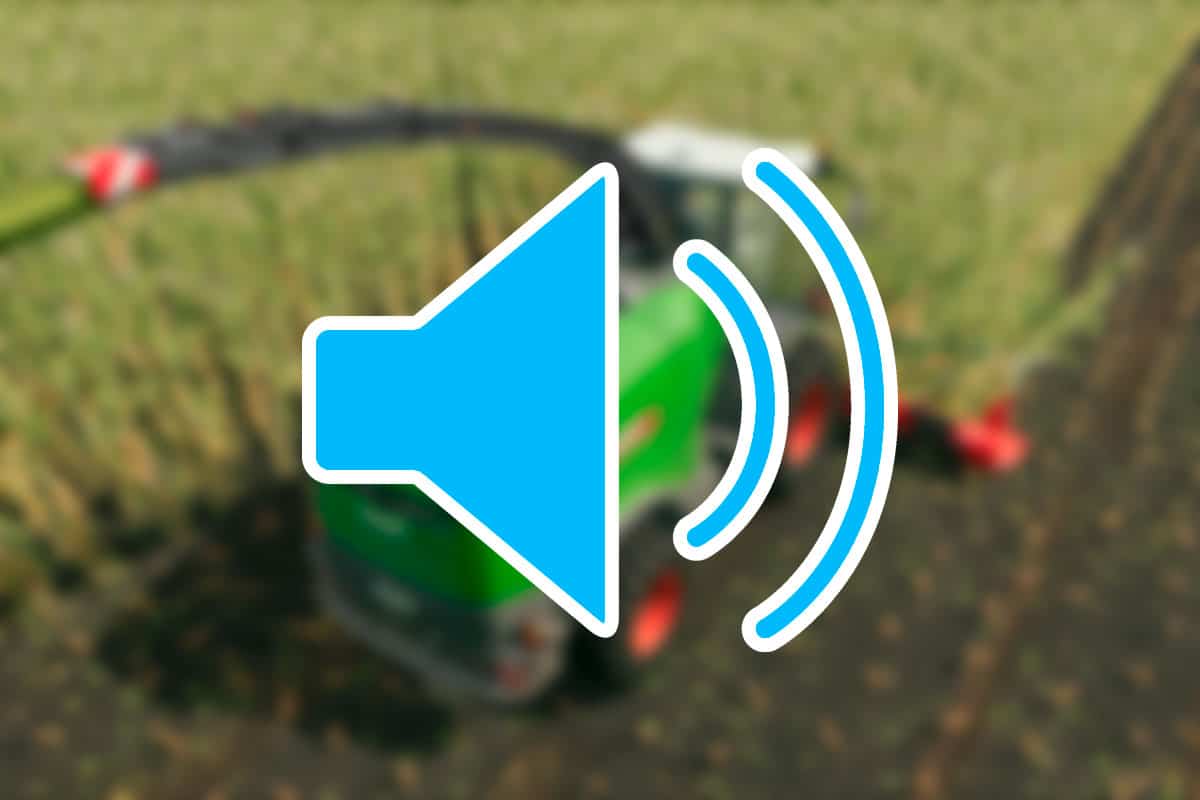 Farming Simulator 22 (FS22) will have better and more realistic motor sounds, according to Giants Software. Let’s dive deeper to find out what the improvements are.

To understand the improvements, we need to look at how Farming Simulator 19 (FS19) engine sounds are made. Many players have complained about the sound quality of tractors, harvesters, and so on in FS19. Giants basically admitted that the audio could have been better in a FarmCon 2020 video.

How FS19 Motor Sounds are Created

The clips are mixed and pitched down or up to achieve different, audible RPM values in the game. Other sound effects are also added to the mix, like engine start and shutdowns, retarder, and air pressure release.

So, when you’re revving up a motor in FS19, the game engine calculates and simulates what the motor sounds like at various RPM stages. If you, for example, drive around in a tractor at 1,400 RPM, it’s not the actual sound of the motor doing 1,400 RPM you’re hearing. It’s a computed and pitched mix of the audio clips mentioned above.

The FS19 motor sounds have received a lot of criticism. Many players complain that the audio sounds unrealistic. Giants have acknowledged some issues with how the sounds are created. The main problem is the pitching of the sound files.

When you listen to a motor in the real world, you’ll hear that parts of the audio pitches during revving, while other parts stay constant.

In FS19, all parts of the engine audio get pitched, making the audible result somewhat unrealistic, also creating pitching artifacts.

Another challenge is that real-world tractors sound differently when they pull heavy stuff. It’s an almost impossible task to create authentic recordings of all Farm Sim machinery doing heavy work. That’s why Giants must rely on filters and audio editing to create audible load effects.

So, how are the motor sounds you hear in FS22 improved? The most crucial factor is how they are made.

Remember how FS19 motor sounds basically are made up of three audio clips that are mixed and pitched? FS22 introduces a different technique for sound creation: Granular synthesis. (Granular synthesis means dividing an audio signal, or an audio file in this case, in slices called grains. These grains can be played back in random order.)

Authentic All the Way

The key aspect of this technique is that Giants are no longer limited to just using minimum and maximum RPM recordings. The audio engineers can now record motors revving up from min to max. This master recording contains authentic motor sounds at all RPM stages. The real beauty is how all of the recordings can be used in FS22.

Instead of pitching a few clips, the FS22 game engine continuously picks corresponding audio grains from the master recording, based on what the motor RPM is in the vehicle you’re driving. The result is authentic motor sounds at all RPM stages.

The new technique of creating motor sounds in FS22 also makes it easier to make filters that simulate motors’ sounds under load.

Because pitching artifacts are gone, it’s easier to blend load and no-load sounds. It’s also possible to create “negative” load sounds, for example, when using the motor to brake.

Giants have also added support for discrete gear shifts in FS22. The cool thing about this is that it’s built into the physics simulation of the Giants Engine. This also means that you’ll hear the gears shifting when accelerating or de-accelerating. This feature will be used for older vehicle models that don’t use CVT.

FS22 will have the most mesmerizing and realistic audio in the history of Farming Simulator games. Here are some of the highlights:

Nothing beats hearing the improvement for yourself. Here are a couple of videos from FarmCon 21 showcasing how beautiful the FS22 audio really is.

Next, Audio Designer Nils Heine demonstrates some of the enhancements that are made to the tools and equipment audio:

Reverb is another exciting feature. Your in-game surroundings affect how you’ll hear the motor sounds. Let’s say you’re driving a tractor from the fields into a shed. Once you’re inside the shed, the audio experience will be different from driving outside of it.

Giants Software has been recording real engine audio since Farming Simulator 2011. Most vehicles in FS19 have authentic recordings of the engines and other details (retarder, air pressure release, transmission, etc.)

The FS22 audio improvements are heavily influenced by FS19 players. Giants Software has listened to the criticism and made changes accordingly.

Most FS17 motor sounds are a mix of different engine recordings. FS19 is the first game that mainly uses authentic recordings.