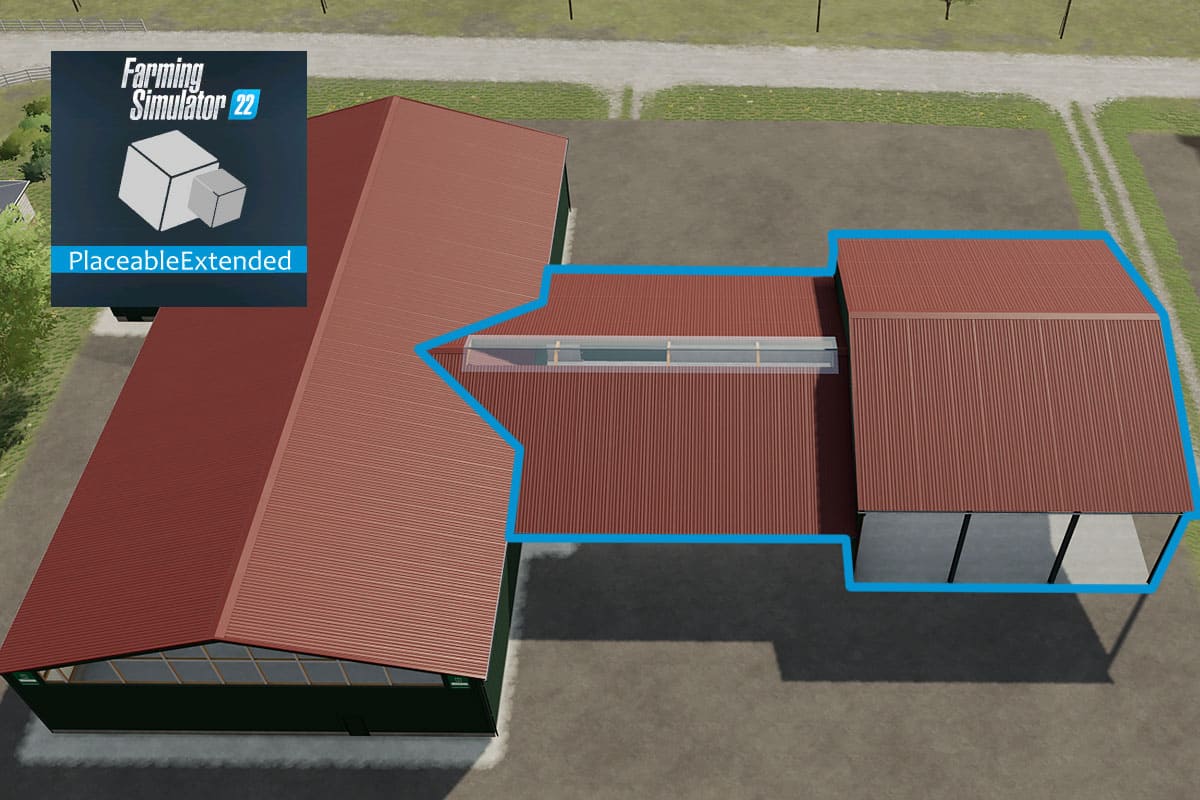 The Placeable Extended Mod for Farming Simulator 22 (FS22) makes it much easier to place buildings and objects in build mode.

Note: This mod is pretty much obsolete since the FS22 1.2.0.2 patch. That patch includes a Place Anywhere feature that works just as well as all Place Anywhere mods and the Placeable Extended mod.

Most of what you see in FS22 has collisions. Collisions are invisible barriers that keep objects from moving through each other (see the image above.)

The reason is that both the tractor and the wall have those collisions. That’s good, especially for the game’s realism, but it also creates a problem when you’re entering the build mode.

FS22 has strict rules for where you can place buildings and objects in build mode. You can’t, for example, place a building really close to another thing.

If you try to stretch the limits for placing stuff, you most likely end up with a warning message like this: Overlaps with another object.

The PlaceableExtended mod eases the rules significantly. It lets you do placements that are not possible with the base game rules.

It also solves the placing problems without damaging the existing collisions, meaning you still can’t drive that tractor through walls.

How the Mod Works

I’ll demonstrate the power of this mod for you. First, I’ll try to place this shed as close to the building as possible.

This is how close I get:

Here’s the result I get with the PlaceableExtended mod activated:

I can even place the shed inside the other construction:

How to Use the Mod

It’s straightforward to use the PlaceableExtended mod. All you have to do is to download it to your mods folder and activate it.

That’s all you have to do.

Now, you’ll notice how much easier it is to place buildings, silos, fences, and other stuff in build mode. It’s an awesome mod.

There is another mod for FS22 that does what PlaceableExtended does, the Place Anywhere mod from Ifko[nator]. So, what’s the difference?

The PlaceableExtended mod is created by KR-Softwares and LS-Modcompany (LSMC). LSMC used to have a similar function inside their GlobalCompany mod for Farming Simulator 19. Now, it’s a standalone mod for FS22, working on computers, but not PlayStation or Xbox.

It was included in the official Modhub. Now, after Giants have added a similar function to the base game of FS22, , you can get it by downloading it from LS-Modcompany.

Do you want more? Check this out: Awesome FS2 Script Mods.