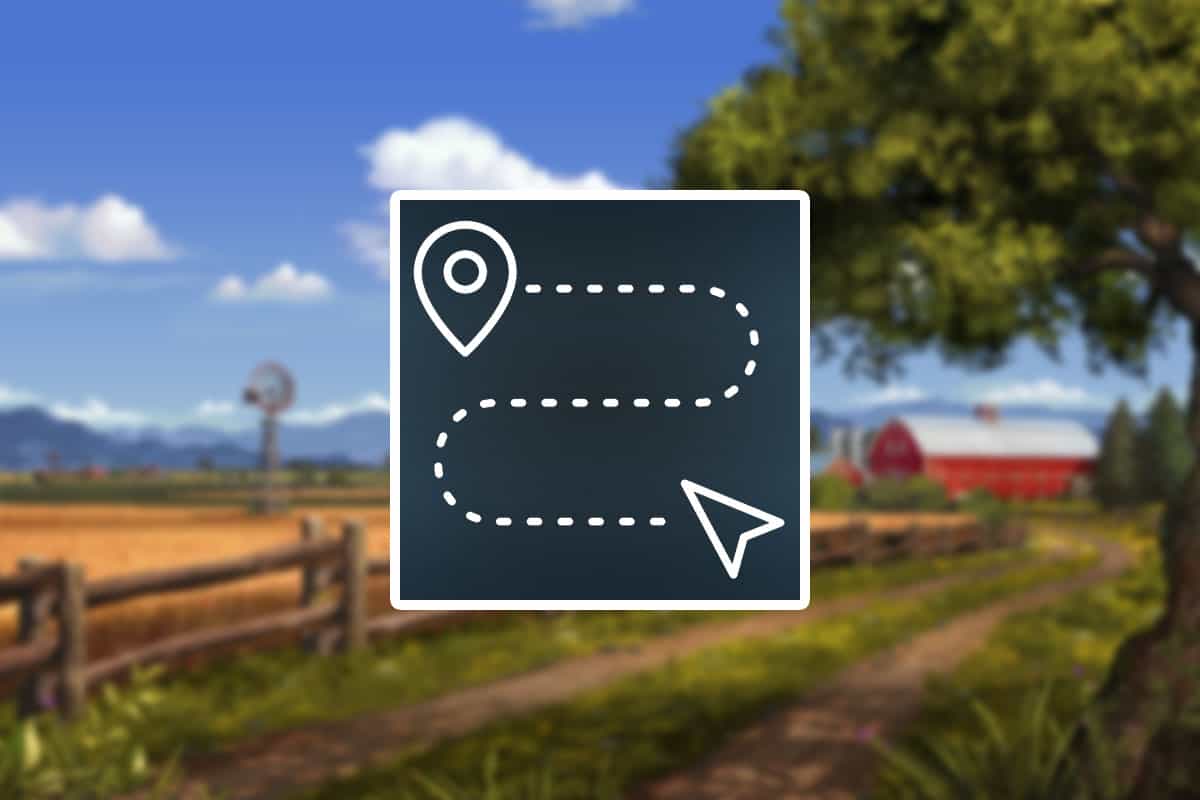 Are you looking for GPS for Farming Simulator 22 (FS22)? Here are two FS22 GPS mods that add automated steering to all your vehicles in the new game.

Note that the GPS mods for FS22 below only work on computers. Unfortunately, no solutions are available if you’re playing on a PlayStation or an Xbox.

This might change in the future, though. If I ever come across an autopilot option for consoles, I’ll be sure to write about them on this page.

The FS22 Guidance Steering mod by Wopster is the closest you’ll get to a replica of real-world GPS systems for FS22.

In many ways, the mod works similarly to the guidance steering systems used by real-life farmers.

Once you’ve done that, the mod will calculate a route before taking control of your vehicle’s steering. It will make the vehicle drive in perfectly straight lines, which is excellent for all types of fieldwork.

Unfortunately, there is no option for recording headland routes with the mod.

Nor is it capable of doing automatic turns, for example, when you reach the edge of your field and want to go the opposite direction. You have to make the turn manually.

The FS22 Guidance Steering mod is available via the in-game Downloadable Content section. If you’re unsure how to use it, why don’t you look at my guide?

The Vehicle Control Mod (VCA) is more than a GPS for FS22 vehicles. It adds several useful features to all things drivable, like throttle control, toggleable all-wheel-drive, and adaptive steering for keyboard users.

And yes, the mod comes with a powerful GPS section. It’s a bit easier to use than Wopster’s Guidance Steering mod. Just press two buttons on your keyboard, and voila! The mod has created a route for you.

It’s also possible to get semi-automatic steering with VCA. When you reach the end of the field, just decide which way you want to turn. Then, when you press a button, the mod makes the turn for you.

Perhaps the best feature of VCA is that it’s free. Once you install and activate the mod, all your FS22 vehicles will have a GPS-based autosteer.

It’s not possible to record a headland route using VCA.

This FS22 GPS mod is still being developed. I have a guide for you: How to install and use VCA.

Though I mention some cons above, both mods are excellent GPS options for FS22. However, which one do I recommend?

Well, here’s what I think:

Do you want a GPS in FS22 that mimics real-world guidance steering systems? Is it essential that mods are bug-free? Choose the Guidance Steering mod.

However, if you prefer a slightly easier solution that doesn’t cost money in the game? Or is perhaps automatic turning important to you? Then definitely go for Vehicle Control Addon.

Maybe you want the GPS functionality of the Guidance Steering mod and the vehicle control features of VCA?

However, this is no guarantee you won’t see some snag.

The mods above have taken inspiration from real-world GPS-based guidance systems. These systems are becoming increasingly popular among farmers. There are several reasons for it:

Here’s a straightforward explanation of how one such system works:

This setup allows the steering system to control the tractor’s movement with centimeter precision.

The world’s manufacturers of farming vehicles offer different GPS systems for their machinery. Perhaps the most well-known system is John Deere’s AutoTrac and StarFire receivers.

Here are examples of systems from other manufacturers: