You can use balers or forage wagons to pick up straw and grass in Farming Simulator 22 (FS22).

Instead of balers, collecting grass and straw with trailers is more straightforward and requires less work. Below are the FS22 forage wagon/loading wagon mods I recommend.

Forage wagons, or loading wagons, as they were called in FS19, have lowerable headers that pick up and feed the material into the trailer. That’s why they’re also called self-loading wagons.

It’s not often you’ll get a mod for FS22 with this many options. The Pöttinger Jumbo Pack is not just one trailer; it’s 4 different models. And wow! All those loading wagons look amazing, no matter the size.

Here are the models you get if you choose this mod:

The Pöttinger trailers will fit on most farms in the game. The smallest model is relatively easy to maneuver but still has room for up to almost 40,000 liters of grass or straw.

You can change the wheels on all models and the large sticker on the rear door inside the shop. Yes, all trailers can be used with silage additive, which results in a slightly better yield.

Here’s one of the most comprehensive forage wagon mods for Farming Simulator 22. It’s actually a pack with two different loading wagons.

Both trailers come with an impressive list of purchase options:

I’m most impressed with the cross conveyor. It makes it possible to unload the trailer to the side. This is particularly useful if you want to use the trailer to feed your animals, for example.

Oh, I almost forgot… The mod also adds a variety of Pioneer silage additive containers to the game. There are canisters, barrels, and a 1,000-liter tank.

Secondly, it brings you the larger Bergmann Shuttle 490 S, capable of collecting and transporting 4,000 liters more than its more minor brother.

The in-shop configuration options include the following:

A nice little feature is that you can unfold the left-side ladder and open the service hatch.

I love how some modders go a long way to add more value and additional features to Giants Software’s original models. The pack of Bergmann loading wagons is a prime example of what brilliant modding really is.

When you don’t include all the fantasy mods, the Krone ZX 560 GD is one of the largest pickup wagons in Farming Simulator 22.

The massive loader wagon was part of the FS19 base game lineup. I’m happy that Giants Software lets it live on as a mod for FS22.

Now, let’s look at what you can customize:

The best feature? I’ll say the steering axles. Yes, it’s a humongous trailer, but also relatively easy to handle, thanks to steering on the front and the rear axles.

When you’re inside the shop, you can add different sets of wheels to the trailer chassis.

Yes, you can use silage additive with this one too. It’s done by adding a tank to the trailer. The tank can be purchased in the shop.

Are you on the lookout for a slightly smaller Claas forage wagon than the base game’s Cargos 9500? Then I suggest you check out the Class Cargos 8400 mod.

The Cargos 8400 model is noticeably smaller than the 9500 model, thus being more forgiving when rounding tight corners. Still, its loading capacity is only 2,000 liters less than the bigger brother.

The shop options include wheel changes, license plates, and a tank for silage additives, but that’s also all you can customize.

One cool feature, though, is how you can open and close the front top door with a mouse or a controller.

It feels great to see the Strautmann Tera-Vitesse CFS 5201 DO pickup wagon in FS22. I used it a lot in FS19.

It’s one of the largest forage trailers in the game. The load capacity is 50,000 liters. Put simply; you don’t have to abort loading for offloading as much.

Although it’s a massive trailer, it’s still relatively easy to handle, thanks to steering on both front and rear axles.

Inside the shop, there are some configurations you can modify:

You can lower the top of the trailer’s front wall during forage harvests. It’s a nice feature, even if it doesn’t impact the load capacity.

The Krone ZX 560 GD loading wagon was one of the tools I missed the most when inspecting the FS22 garage lineup for the first time. I used it a lot in FS19.

The modder Bubber Drumm came to the rescue and provided us with an excellent conversion of the massive Krone loader wagon for FS22.

When you buy the trailer, you can choose to add a license plate to it and change the wheel brands and sizes. You can also buy a cover for the forage box and a tank for silage additives.

The best feature? I’ll say the steering axles. Yes, it’s a humongous trailer, but also relatively easy to navigate, thanks to steering on the front and the rear axles.

“You don’t know what you’ve got til it’s gone” (thanks, Janet Jackson.) This became abundantly clear when I discovered that Giants Software had chosen not to include the large Schuitemaker Rapide 8400W self-loader in the FS22 base game lineup.

However, only a week after the game’s release, the forage wagon was available as a mod. And it’s not a hasty conversion. The modder has taken his time to ensure that the trailer looks good. It also sounds a lot better than it used to do in FS19.

It’s another massive loading wagon; It loads 20,000 liters more than the base game Rapide 58V.

Still, it’s pretty easy to use, thanks to steering on the front and the rear axles.

However, if you’re hoping for crazy customization options, you’ll be disappointed. Here are the shop choices:

On the plus side, though, it’s nice to see that the trailer also works with silage additives. Just remember to buy the tank for it in the shop. 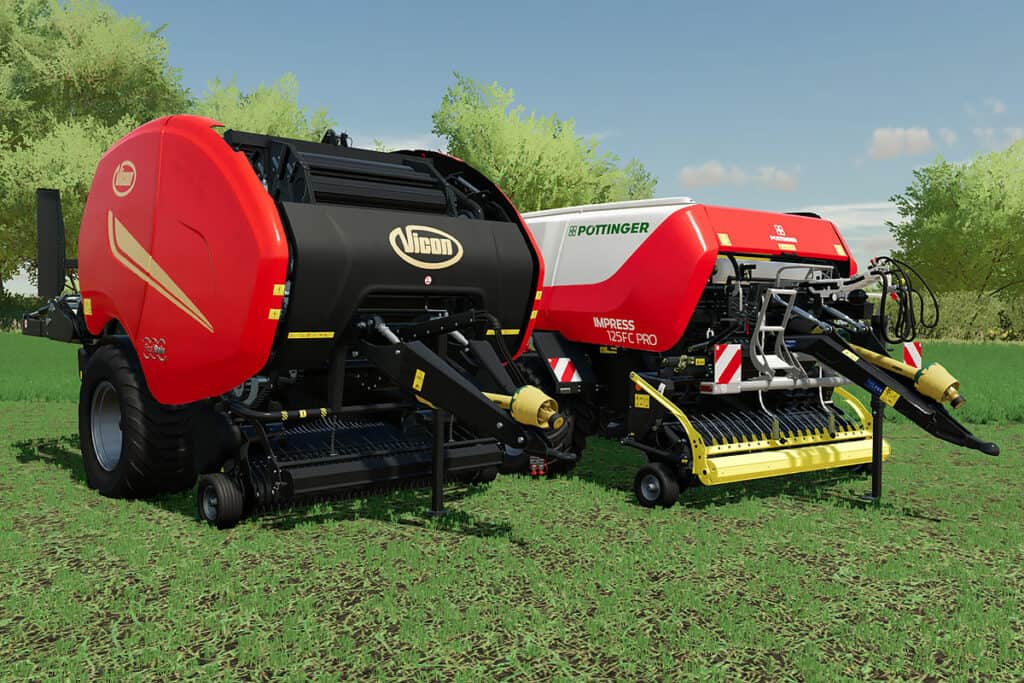 Read More Top 6 FS22 Baler Mods, Both Round and Square