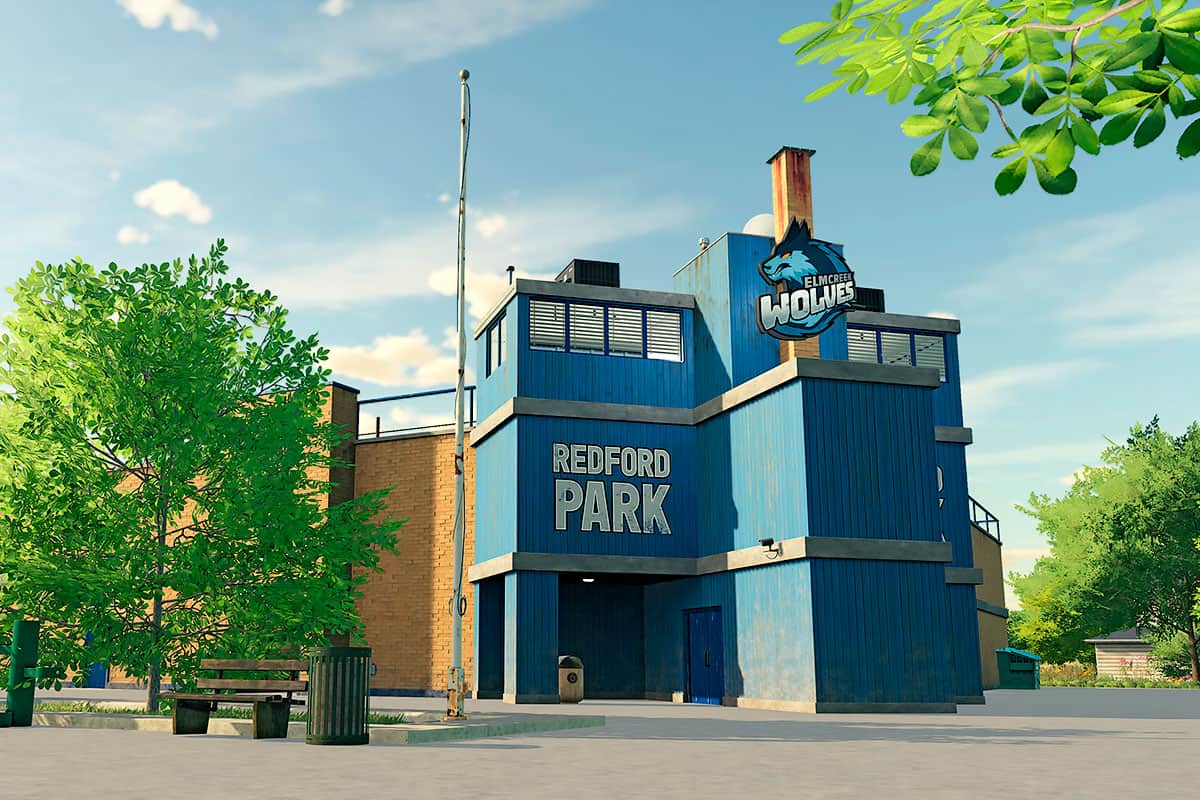 The Elmcreek map is one of three base game maps that you get with Farming Simulator 22 (FS22.) The map is influenced by the Midwest region of the USA, one of the most intense farming areas in the world.

We know that many players are happy that the Midwestern states (Illinois, Indiana, Iowa, Michigan, Minnesota, Missouri, Ohio, and Wisconsin), often referred to as the “Corn Belt,” are the inspiration for one of the vanilla maps in the new game.

Many Midwestern farms are large. The size factor is also baked into the Elmcreek map, which is dominated by large fields and vast open spaces that can be used to expand your farm. The fields come in various shapes and sizes, surrounded by a scenic US landscape.

In Elmcreek, you’ll also find rivers, underpasses, and a highway. Yes, the map includes a proper baseball stadium (Redford Park, the home of the Elmcreek Wolves.)

Other eye-catching landmarks include large grain silos and an authentic gas station.

FS22 is the first installment to have base game maps with realistically shaped fields. In previous versions of the game, most maps made by Giants software have been dominated by squarish field shapes.

One key reason for the primarily rectangular formed fields has been the limitations of the AI workers that players could hire for more efficient farming. Hired, artificial help in older Farming Simulator games simply couldn’t handle curved, natural-looking fields.

In FS22, Giants is upping its game, providing the players with many fields that have shapes closer to what you’ll see in real life.

The main farm of Elmcreek is located in the center of the map. From here, you can expand your farming business by securing the 81 predefined fields. Many fields can, of course, be merged into bigger ones. You can also create new ones, for example, by clearing the land of trees.

Elmcreek has a railway running through the entire map. The tracks can be passed over bridges or by using underpasses.

Because of the US Midwestern influence, Elmcreek is a pretty flat map. It might actually be the flattest map in the history of the Farming Simulator franchise.

This has presented the developers with a performance challenge. There are not many hills for hiding buildings and objects behind. Too many things rendered in a scene can result in lower Frames Per Second (FPS.)

Giants has taken several steps to avoid performance problems. One solution is the use of tree lines to hide faraway objects and buildings. Another critical step is implementing occlusion culling, which tells the game engine to only render the objects visible in a scene.

Giants Software’s annual fan convention FarmCon gave us a lot of insight into the Elmcreek map. Here are some of the things we learned:

Want to know and see more? Take a look at the video below, where Florian Busse, Senior Level Designer at Giants Software, gives you a good tour of the Elmcreek map.

Back to the main story: FS22 Features. 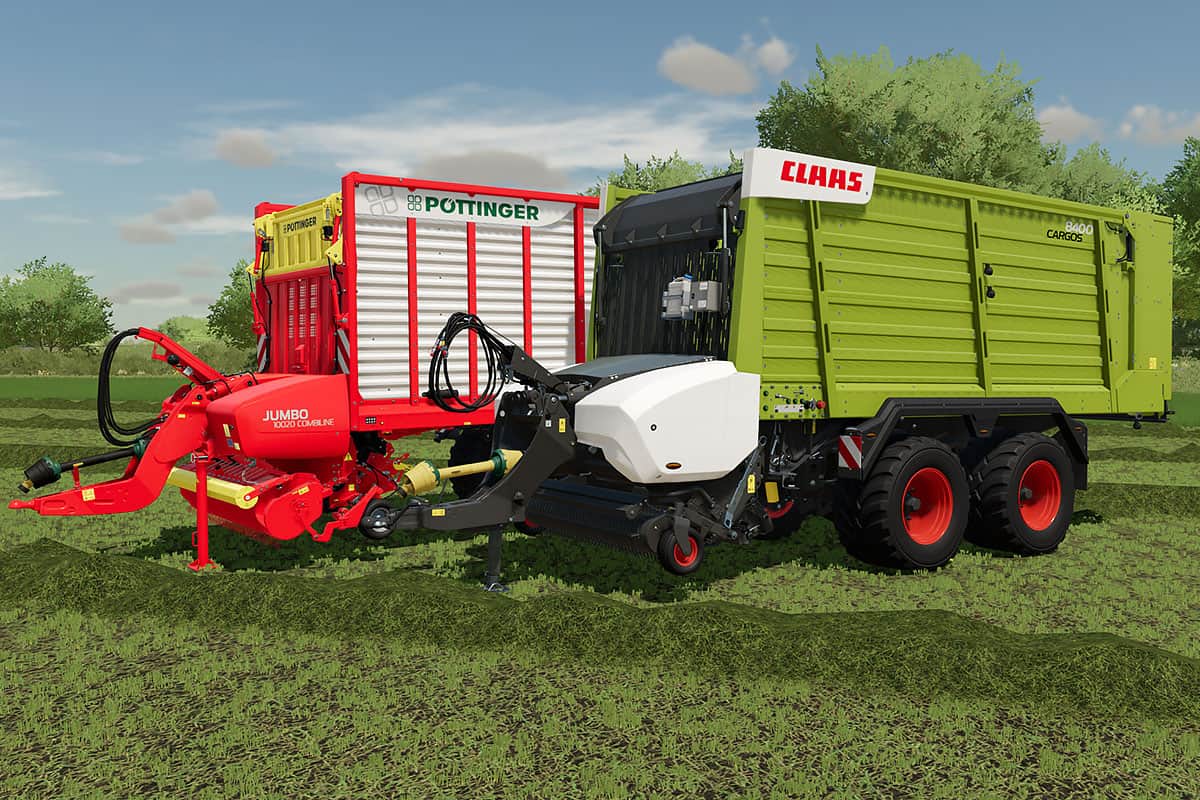