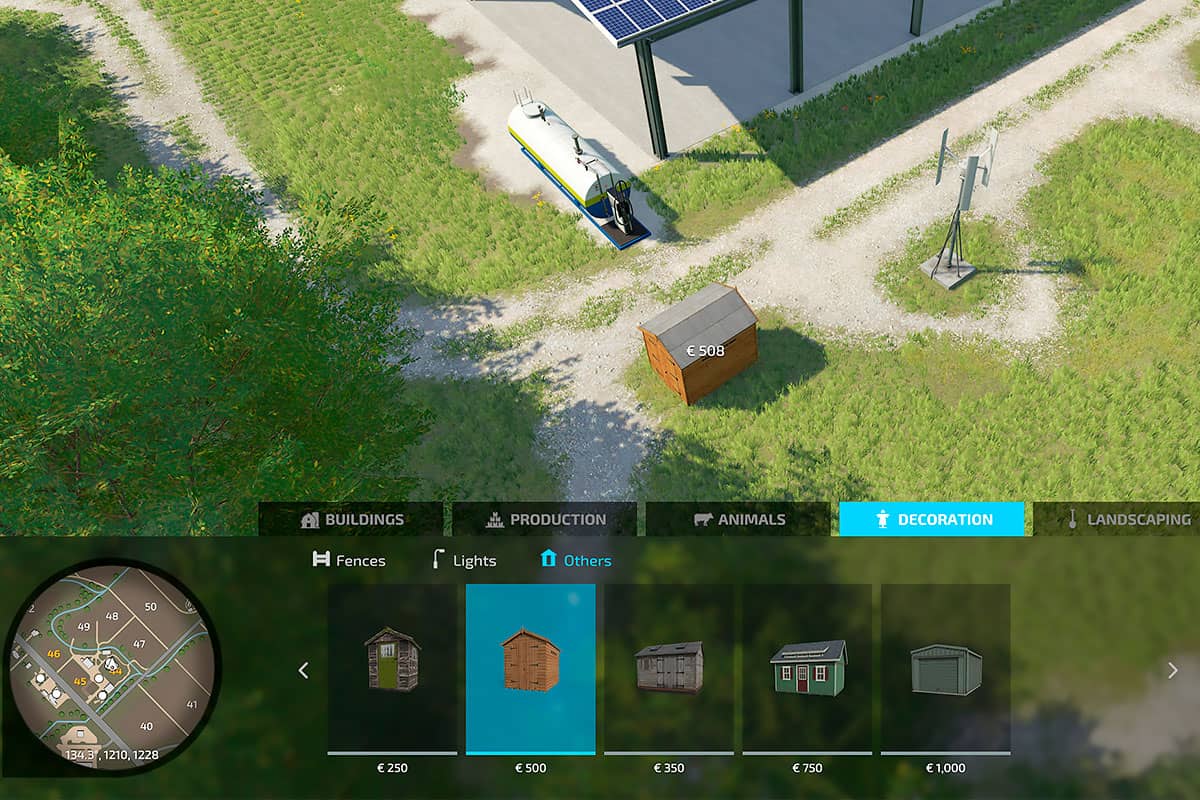 The landscaping tool from Farming Simulator 19 has gotten a new name and a lot of functions. In Farming Simulator 22 (FS22), it’s called the Build Mode. It still lets you edit the terrain (sculpting and painting) and place buildings and other objects.

The principles for the FS22 Build Mode are the same as for the FS19 Landscaping Tool: You can use it to edit the terrain in the game and place buildings and objects on land you own.

There are also several differences. Most important, perhaps, is the overhauled usability. Everything related to in-game construction in FS22 is more user-friendly.

Do you remember how cumbersome using the Landscaping Tool in FS19 could be? How you had to move in and out of different menus all the time? This is no longer an issue. Placing objects and buildings and altering the ground is now done from the same main menu.

The different tools to edit and change the terrain are also easier to use.

While being more user-friendly, the actual building and construction mechanisms have become more complex. The introduction of Production Chains has created a need for a more comprehensive construction tool.

Many Types of Placeable Objects, Buildings

Giants Software has created several hundred buildings and objects that are placeable in FS22.

Finally, there’s the landscaping section of the Build Mode. It provides you with several tools for sculpting and painting the terrain, adding trees and plants.

In FS19, you had to place fence sections one by one. This was both time-consuming and somewhat difficult for a lot of players.

FS22 introduces a new fence-building system. You just have to place one fence post and then move the marker in the direction you want your fence to be. And yes, it works both uphill and downhill too.

Have you ever played The Sims? The FS22 system for building fences is quite similar to that construction mechanism.

Giants Software’s fan convention, FarmCon 21, taught us a lot about the revamped Build Mode for FS22. Here’s a quick summary:

Giants Software has made a video for everyone interested in learning more about the new Build Mode. First, gameplay Programmer Jos Kuijpers explains how it works. Then QA Lead Ken Burgess and Gameplay Developer Stefan Maurus test some of the features live.

Back to the main story: Farming Simulator 22 Features (confirmed)