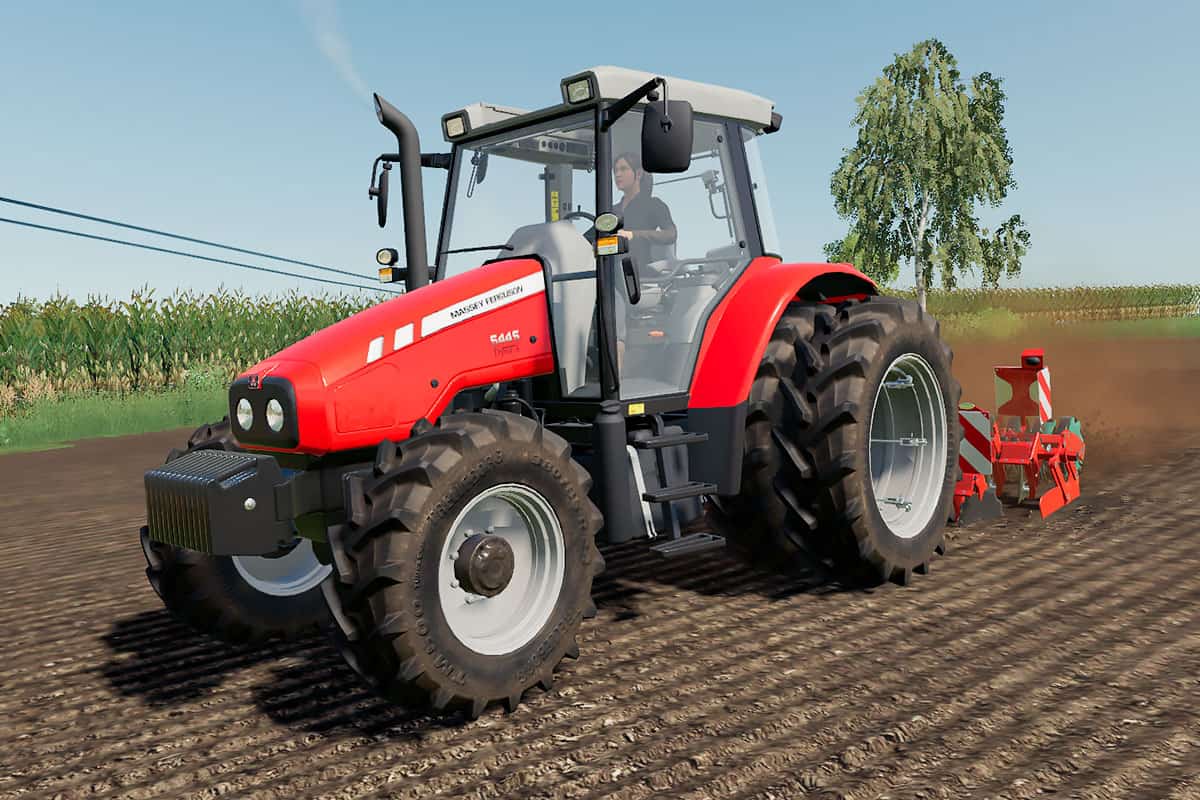 The Massey Ferguson 5400 tractor series is a mod for Farming Simulator 19 (FS19) created by AMG Modding. This is what we think of it.

A new pack of Massey Ferguson 5400 tractors was recently released on Giant’s Software’s modhub by the modder AMG Gaming. It’s the most complete set of 5400 replicas for FS19 to date.

Massey Ferguson introduced the 5400 range of tractors in 2004 as a replacement for the 5200 series. The new models were assembled at Massey Ferguson’s Beauvais plant, north of Paris, from 2003 to 2013.

Much looks the same on all three models. The only exception is the hoods, especially the drop nose model sticks out. Massey Ferguson introduced a much steeper bonnet for some of its models in the early 1990s, giving the drivers better forward visibility. Having a front that drops is practical, for example, when doing loader work.

Parts of the interior are animated. Foot pedals and the gear shift lever move as expected when you’re driving around in AMG Gaming’s Masseys.

On the other hand, Windows and doors are not animated, even though this is a standard feature on many FS19 vehicle mods.

Driving the 5400 models is a lot of fun. The tractors are programmed perfectly for the game, the driving physics are outstanding. Sure, it is miles behind larger tractors in the power department. Still, it beats the bigger machinery when it comes to maneuverability and nimbleness.

Much of the model is crafted from scratch. It’s solid work. The tractors look good, both on the inside and the outside. We especially enjoy the interior and the side glimpses we get of the engine. And the audio? It’s ok. The mod uses the base game MF 5600 engine sounds.

AMG Gaming’s pack of Massey Ferguson tractors is an all-platform mod. You’ll find it in the modhub inside of FS19. You can also download it from the web version of the modhub.